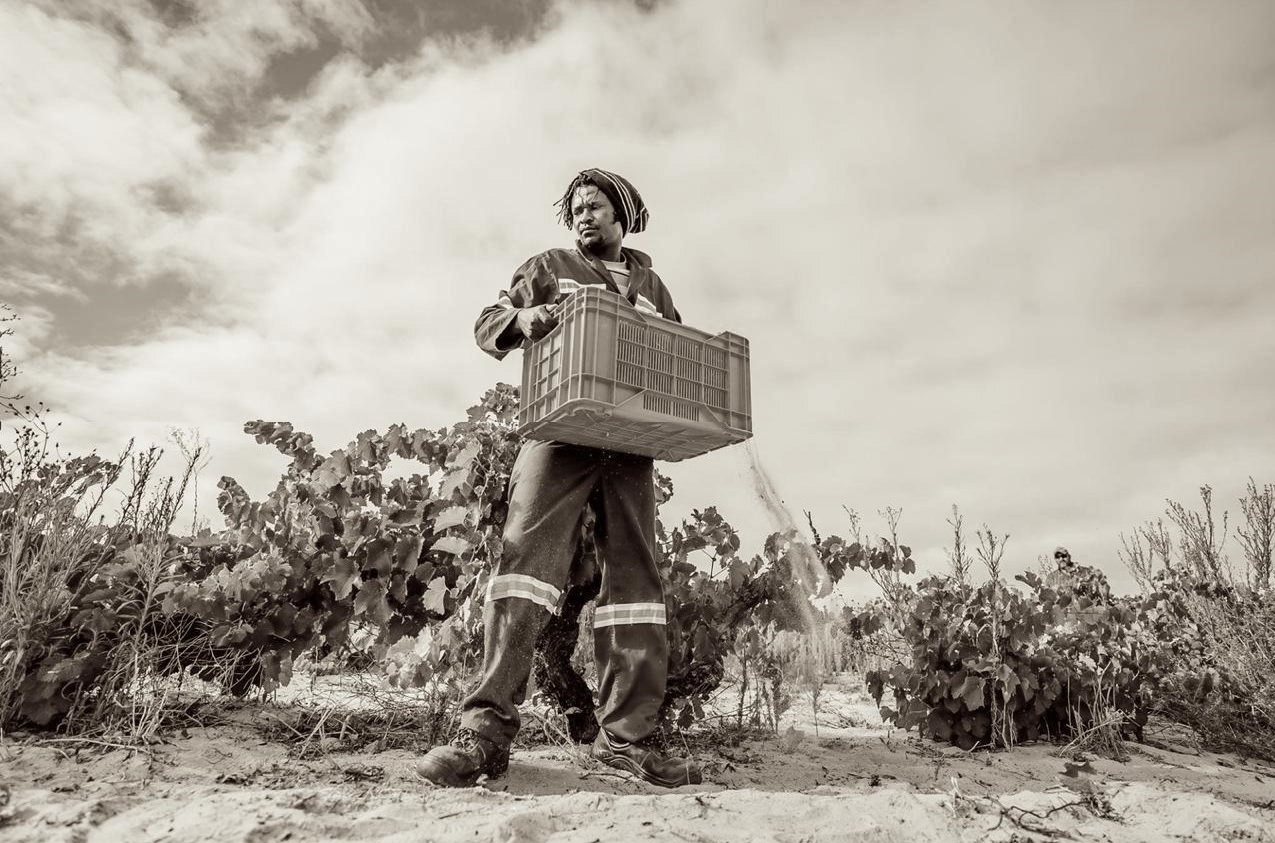 As I am writing these notes we are busy planting the post-harvest cover crops and it struck me that apart from the fact that you plant seeds in dry earth with faith that it will rain, it was exactly a year ago we referred to the incredible tough years of drought and we could not see our way through living another harvest as tough as that of 2018… but 2019 was even more extreme. Even though some better rains were recorded in the winter of 2018, the sub-soil reservoirs are empty.

This year we are releasing the Columella & Palladius 2017 vintage and the Old Vine wines of 2018. With the 2019 vintage now being in the tanks and casks, the reality is that we have lost an entire year’s production over the past three years, with average production levels being down with 28% - 35 %. In other words, apart from having to deal with an economical reality, there is a massive shortage of wine, especially as far as the Old Vine Series is concerned. Luckily for Columella & Palladius we could add a vineyard to each one of the two over the past two years and this has been of great help.

As was the case in 2017, the 2018 harvest came in with much lower levels of ripeness and acidity and the more towards the north the vineyard lies, the harsher the effect of the drought. The Clanwilliam Mountains were hit the worst, followed by Piekenierskloof and the Piquetberg respectively. The vineyards in the Paardeberg and Kasteelberg in Riebeek did slightly better in 2018.

The biggest challenge besides the obvious loss in wine and the scales of economy, is not to lose sight of the fact that we still do have grapes to produce wines of consequence - even if we need to say goodbye to 70% of a specific vineyard and 20% of another, we still have the opportunity to bottle these extreme vintages.

Our initial views were that the longevity of these drought-affected vintages will come under fire, but the wines are showing well and are surprisingly stable. We do however feel that it is a good practice to drink the 2018 vintage wines prior to opening, for example, the 2014, 2015 or 2016 vintages.

This 2017 Columella is the first of “the drought years” to be bottled and this very wine stands as evidence of the great stability to be achieved in a region with multiple varieties and vineyards planted in diverse sites. It shows that the greatest and most stable quality is to be achieved by a selection of vineyards rather than just one. The expression of a singular site has its place, but there is simply no better strategy than the combination of a bigger variety of terroirs to build up the most stable representation of our region.

This wine is the result of 12 months ageing in barrels (8% new) and thereafter an additional 12 months in old, big oval casks. This 2017 vintage has incredible tension and density and is very much “locked in”. The firmness of the wine suggests that it is a great keeper. It does exhibit amazing herbal, spicy and perfumed aromas and there is more than enough fruit - but it is a highly-strung wine that needs time. The tannins are fine, powdery and almost silky with a slightly lower acidity and more expanded palate than the 2014 and 2016. The wine is super-tight and will require at least 2 hours of decantation if opened prior to 5 years of age in the bottle.

Palladius 2017 displays the magnitude of layers that is to be expected from a blend of 11 varietals across 17 vineyards, but unlike the previous two vintages there are more fresh fruit flavours and the stone fruit and peach skin aromas almost suggest a cooler vintage… this is in part the result of us picking slightly earlier than usual to try and save plant reserves for the vines to deal with the drought.

This wine normally has more tropical aromas, but this year there is none of that to be found. Some white cassis and green apple skin make up a very restrained version with salty, mineral and slight honey and lime undertones. This Palladius spends its first year of ageing in clay amphorae and concrete eggs and then an additional year of ageing of the final blend in big oak casks.

As The Sadie Family Wines team we would like to thank you for your continued support which we respect and appreciate. The droughts and the losses make up one aspect, but it is an immense consolation to know that we have your support. We hope and pray that the rains will return to our soils and that in future we will have a little more wine to share.

If, in this release, you do not manage to secure all the wines you would like to have, please be assured that we did everything possible to reduce the impact to the minimum, but in the end nature has the very last say. We recently attended a regenerative soil symposium in Cape Town with some phenomenal speakers and new holistic approaches to our ecosystems and to the people living and farming within them. One of the memorable moments on this day was a quote shared by Dr Buz Kloot, quoted from a farming association of Minnesota and South Dakota:

“Despite all our achievements we owe our existence to a six-inch layer of topsoil and the fact that it rains.”

AboutOur WinesWinery of the MonthNew & UpdatesContact