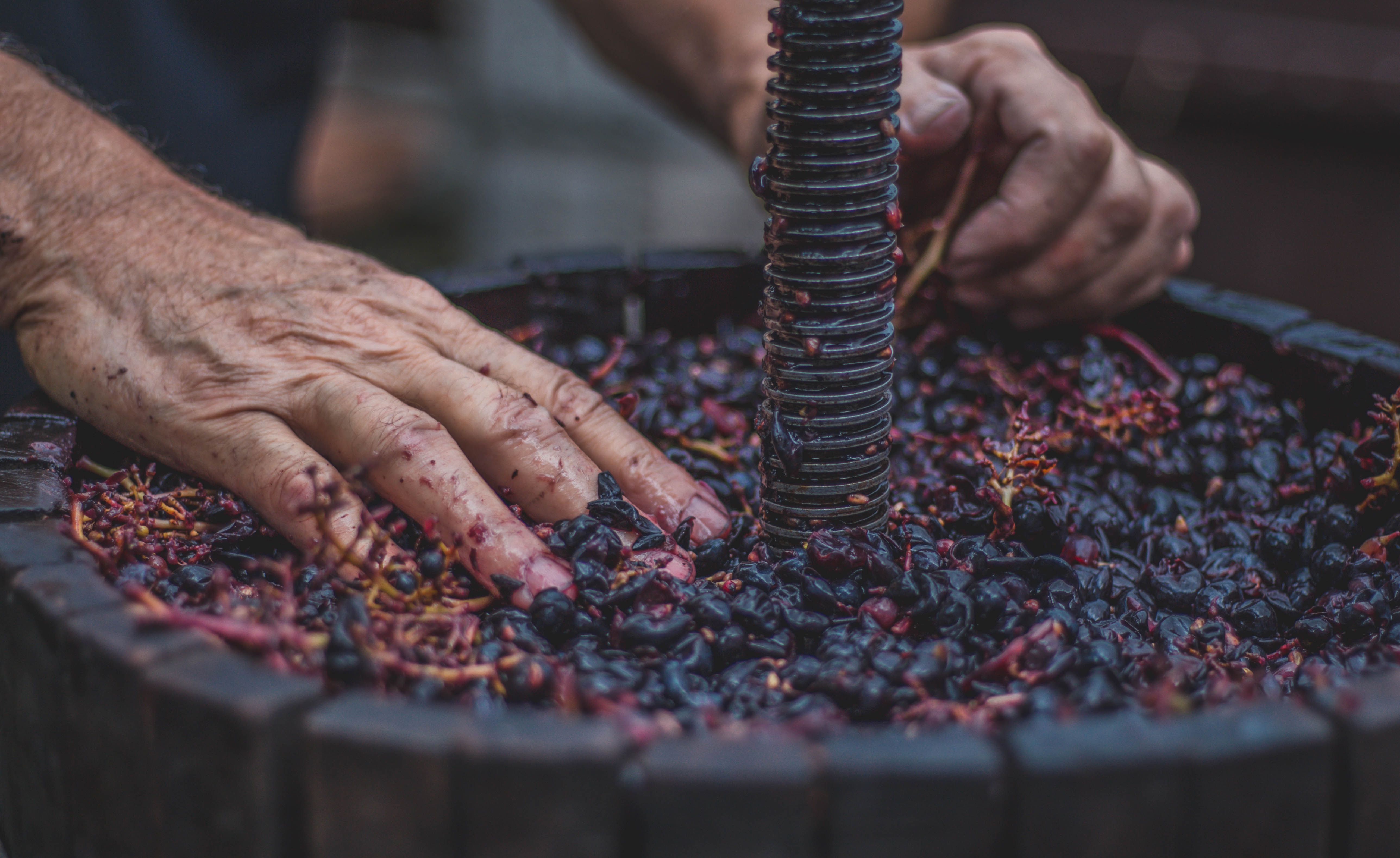 We trail the chef-owner of Cheek By Jowl to find out more about his daily habits.

Becoming a chef was not something Rishi Naleendra initially had in mind, although his parents used to run a catering business from their home in Sri Lanka. At 18, Naleendra moved to Melbourne to study architecture. When he was working part-time as a dishwasher at a cafe, Naleendra learnt from the chef that if he went to cooking school, he could become an Australian citizen in two years, instead of seven. That marked the start of his culinary career. He went on to work at Taxi Kitchen in Melbourne, Tetsuya’s, and Yellow by Brent Savage, both in Sydney.

Food is not Rishi Naleendra’s only passion. He also loves art and music, and has a soft spot for heavy metal and vinyl records. The vinyl record player is a gift from Manuela Toniolo, his wife of seven and a half years. This morning, Naleendra finds some time to work on a series of paintings, which is themed “dark angel”. The fi rst, which he completed in Sydney in 2014, was inspired by the lyrics “angels deserve to die” in a song named Chop Suey. He did two more paintings in 2015 and 2016 respectively. This morning’s work will be for 2017. The vinyl album Just As I Am by Bill Withers plays in the background.

Food is not Rishi Naleendra’s only passion. He also loves art and music, and has a soft spot for heavy metal and vinyl records. The vinyl record player is a gift from Manuela Toniolo, his wife of seven and a half years. This morning, Naleendra finds some time to work on a series of paintings, which is themed “dark angel”. The first, which he completed in Sydney in 2014, was inspired by the lyrics “angels deserve to die” in a song named Chop Suey. He did two more paintings in 2015 and 2016 respectively. This morning’s work will be for 2017. The vinyl album Just As I Am by Bill Withers plays in the background.

Roti prata is one of Naleendra’s favourite food. He had his fi rst roti prata in Singapore back in 2014, and has since become a fan. He shares that the prata here is lighter than its equivalent in Sri Lanka (the layered flatbread there is called parotta). After a hearty breakfast at Mr and Mrs Mohgan’s Super Crispy Roti Prata in Crane Road (off Onan Road), Toniolo, who is the general manager of Cheek by Jowl, makes her way to the restaurant to start work, while Naleendra takes us to one of his haunts.

“There is so much soul in the music, it is just infectious,” Naleendra says, describing the Bill Withers album we heard earlier that morning. He used to collect CDs, but has since moved on to vinyls. He takes us to Hear Records in Banda Street, Chinatown, a one-stop shop for vinyl enthusiasts. The shop carries 5,000 to 7,000 old and new vinyls at any one time. The chef is searching for music by Sixto Rodriguez, after watching the 2012 documentary Searching for Sugar Man, about two South African fans who went on a quest to locate the folk musician from the early 1970s. Naleendra also curates the playlist at his restaurant, because “in a way, it is pretty much where we live”. He says: “We are there from 9am or 10am to 1am, six days a week, sometimes seven. So, if we don’t enjoy the atmosphere at the restaurant, it will be painful.”

Back at Cheek by Jowl, the lunch crowd has arrived, and the restaurant is bustling. The kitchen team is headed by sous chef Mark Tai, and with him on top of things, everything is running like clockwork. “Mark has been my sous chef almost from the beginning, and he has been a real force behind what Cheek by Jowl is today. He is one of the most passionate Singaporeans I have met, in the three years I’ve spent here. And the discipline he brings to the team is amazing; we are very lucky have him on the team. I had told him if we got a Michelin star, he would be promoted to head chef. So, now, he is the head chef,” Naleendra tells us.

Naleendra goes about his daily ritual of tasting all the sauces and ingredients, to make sure everything is on point. “I am okay if people make mistakes. Let me know and we will fix it. Do not let that mistake go to a table. When people try to send something out that is not right, that gets to me. If it is not to our standards, and you know I am not going to be happy with it, please do not send it out. Dump it and start all over again. I would rather someone wait for 15 more minutes and enjoy the proper dish,” he points out.

As the lunch service winds down, Naleendra and Toniolo catch up with Ian Lim from Ampelia Fine Wines to check out new wines. Ampelia Fine Wines supplies organic and biodynamic wines to Cheek by Jowl. “The selection of wines changes based on the menu and also the ‘energy’ of the season,” Lim says. “The range includes wines like Testalonga (South Africa), Gut Oggau (Austria), Domaine Ciringa (Slovenia), Alpha Box & Dice (South Australia), just to name a few. Wines that are made ethically are very important to the chef and Manuela.”

Highlights on the restaurant’s wine list are two wines from Testalonga (Swartland, South Africa): Follow Your Dreams (100 per cent Carignan) and Keep On Punching (100 per cent Chenin Blanc) made by Australian winemaker Craig Hawkins. Both wines are made with minimal intervention and without yeast additions. The former is fresh with notes of juicy raspberries, cranberries and has balanced acidity; the latter is approachable with white peach and melon on the palate, followed by sweeter floral notes. Currently, both wines are exclusive to Cheek by Jowl.

Naleendra ensures his team is well-fed, so staff meals are prepared every day in the kitchen. Breakfast can be stir-fried bee hoon enjoyed with fresh juices; lunch can be anything from assorted stir-fries to handmade pizza. Today, it is pasta with a healthy side of salad prepared by chef Kelvin Thum.

After a satisfying meal, the chefs start prepping for dinner. Naleendra and Tai cook up a mini storm, experimenting with a new sweetbread dish. The sweetbreads are fried to a crisp and paired with luscious oyster cream and dusted with fermented black bean powder (used in place of salt). As the two contemplate possible additions to the dish, the rest of the kitchen is abuzz with chefs slicing cucumber for the smoked Arctic char dish, and smoking hay for the dessert of burnt pear with hay panna cotta, pear sorbet and salted caramel sauce.

Meanwhile, restaurant manager Min and the service staff spruce up the front of house. Toniolo does a last check to ensure everything is in place. “Manuela is the backbone of Cheek by Jowl. She keeps everything in line. Not many people could go through what she goes through in this business, and the success of the restaurant is a massive achievement for her. She’s one of the strongest women I know, and she’s worked really hard in the last 15 years in this industry. I could not have a better restaurant manager and a life partner,” Naleendra shares.

It is full house at the 40-seater tonight. Regulars take up the six-seat counter and Naleendra walks them through the offerings of the evening.

There is a new dish of pan-roasted kangaroo loin crusted with a spice mix, and served with burnt carrot puree, spiced carrots, wattleseed jus and pickled onions. The red meat is tender and succulent without any gaminess. The combination with the sweetness of the carrots and touch of spices is absolutely delicious. The smoked Arctic char starter also proves popular with the diners. The fish is first filleted, cured, smoked and portioned, then brushed with a reduction of ginger and mirin and dress with pickled ginger. It is then accompanied by compressed cucumber in dill oil, caramelised miso emulsion and cucumber fl owers.

“We actually don’t have a grill in this kitchen, and we are not allowed to have open flames. It is all induction here. That is why we have a lot of smokey stuff, so customers don’t miss the char,” Naleendra reveals.

Just as dinner service comes to a close, two customers walk in and order the full five-course dinner. The kitchen gears up again to meet the orders. It would be another 90 minutes or so before Naleendra and Toniolo bid diners good night.

Chef Luke Armstrong from The Kitchen at Bacchanalia drops by for a drink with the couple at Le Quinze Vins at 29 Boon Tat Street. The exceptional wine bar carries over 1,000 French labels. General manager Romain Michaud brings out a refreshing bottle of Le Zaune a Dedee, a blend of savagnin and gewurztraminer, and a platter of cheese, and the conviviality continues into the night.

AboutOur WinesWinery of the MonthNew & UpdatesContact